GB | Eng
Sign In Sign In
Sign In Register
Due to the current complications at the UK border, we CANNOT DELIVER to the UK until further notice. FREQUENT UPDATES.
Athletes 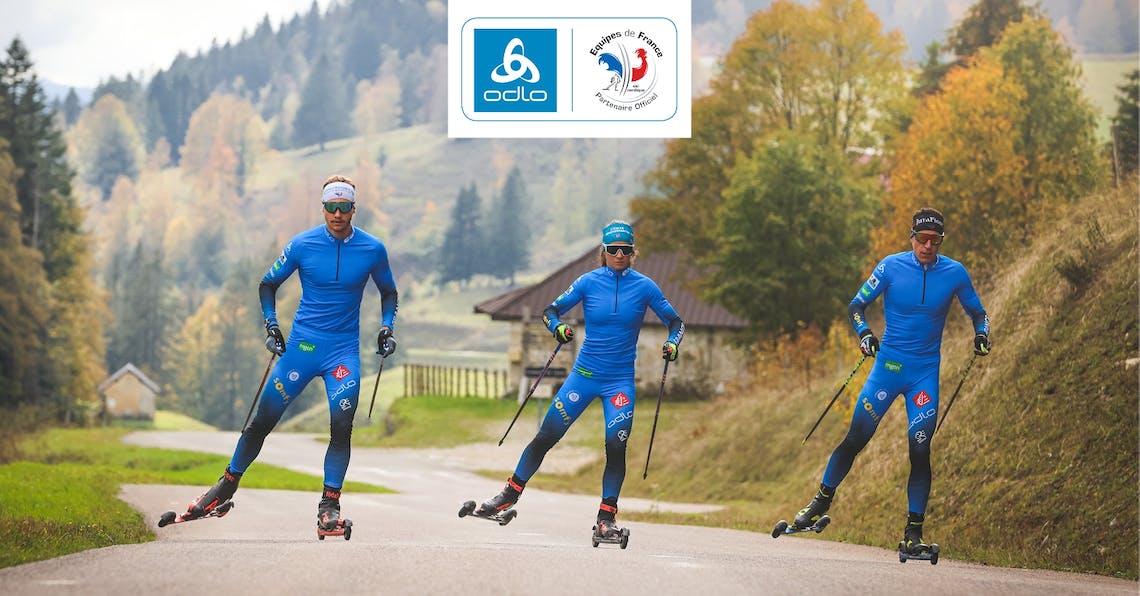 The athletes of the French Nordic Ski Federation (FFS) will start their new season in new bright blue suits. Thanks to the Biathletes Anaïs Chevalier, Quentin Fillon-Maillet and Emilien Jacquelin. Photo @cyrillequintard

In just a few days' time (on Saturday the 28th November 2020), the Nordic season for both men and women will kick off in Kontiolahti (FIN). ODLO is the official partner of the French cross-country, Nordic combined and biathlon teams and is proud to equip them with new race suits for the coming season. The state-of-the-art race suits were engineered and designed by an in-house development team and shine in striking new blue colors.

The French athletes already had the opportunity to test the new race suits during their pre-season preparation and were highly satisfied with their first experiences. Biathlete Emilien Jacquelin stated the following:

« We are very happy with the new blue design of this race suit and its technology that entirely meets our expectations. We are perfectly equipped to not only look good on the track but also to perform well in the upcoming season.»

Insights of a training of the FFS Team

The members of the ODLO Design team reveal what lies behind the striking new design:

« "The color blue obviously creates a link to the iconic French national color whilst the black intends to add a certain degree of aggressivity to the race suit. Graphically, everything centers around the theme of speed. The colored boxes interweave and combine with one another forming a fast and attacking mix. »

ODLO is proud to accompany these top athletes, equipping them with its latest technologies and is looking forward to the upcoming Nordic season. We wish the teams every success and good health for the coming season and will of course keep our fingers crossed. Allez la France ! 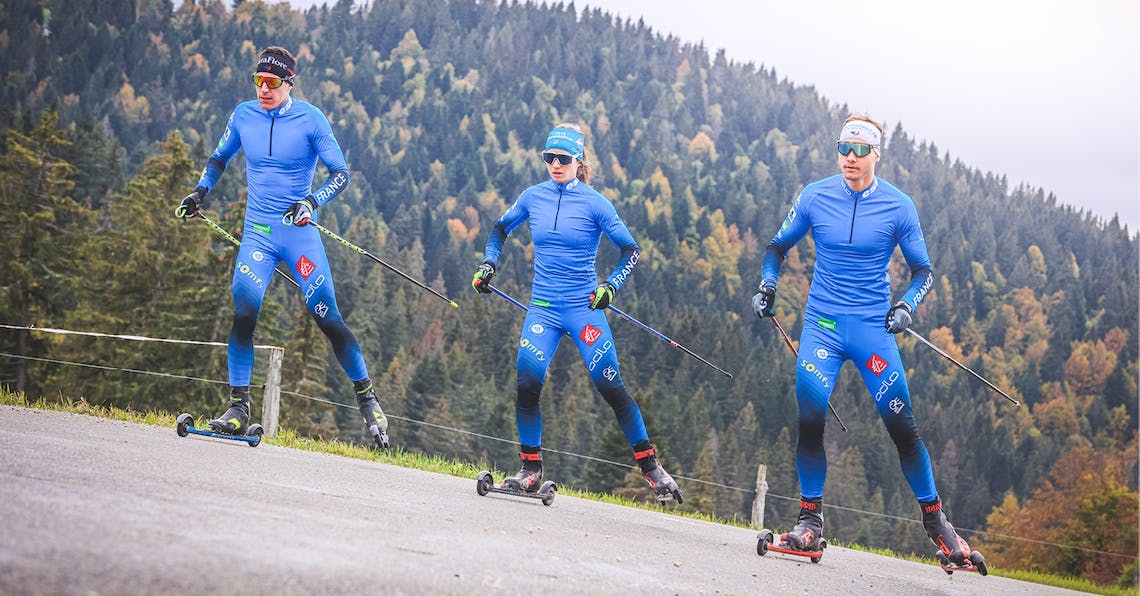 Anaïs Chevalier, Quentin Fillon-Maillet and Emilien Jacquelin. Photo @cyrillequintard
You might like the following stories
find your nearest store