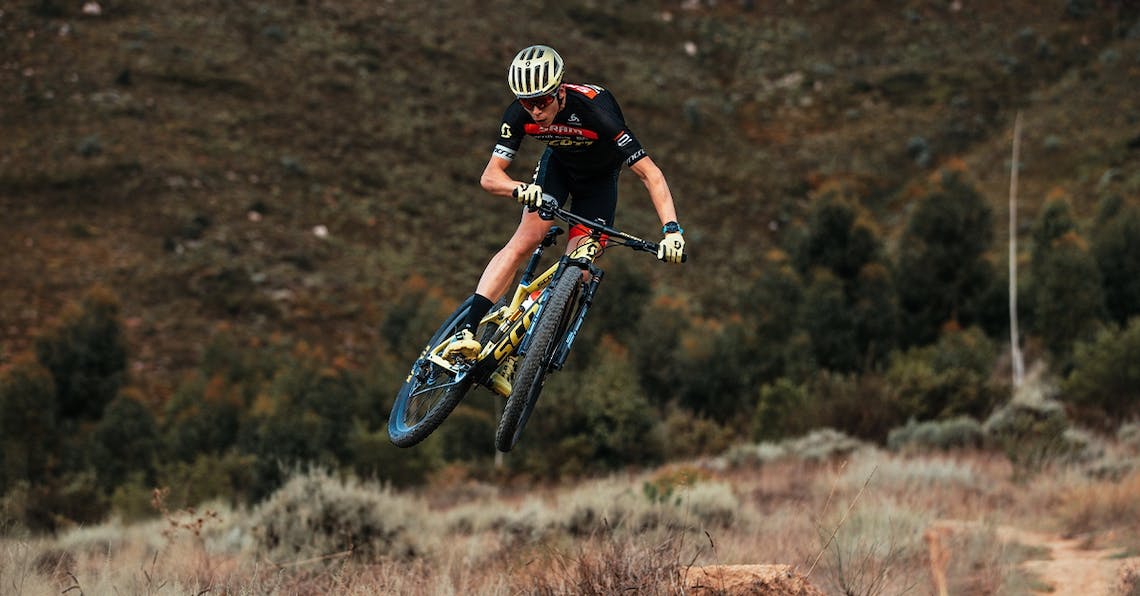 Though just 26, Andri Frischknecht no longer thinks of himself as a young rider. That label exists for under 23’s, he says – days he considers long behind him.

The cohort with whom he competes are guys he’s been racing against for years, first as juniors and now as professionals. Lars Forster. Anton Cooper. Victor Koretzky. Riders who are constantly pushing themselves.

While the names haven’t changed, the margins to podium have narrowed, he says. To get used to racing under that kind of pressure, Frischknecht, spends time training with teammates and learning from others – keys to developing as a rider. The pressure to keep up, especially when riding with Nino Schurter and others, is often-times enough to simulate racing at World Cup events where pressure can impact outcomes.

“Performance boils down to many things – training, family, food, experience – but I always have to always be on it,” Frischknecht explains. “A good rider has the ability to identify their weak spots and train those aspects of performance specifically.”

Frischknecht comes from a line of professional cyclists. His grandfather competed in cyclo-cross. His father, Thomas, was also a pro mountain biker – a “Rockstar” according to his son – in an era when training was done almost only on the bike. For most athletes today, training is more integrated and structured, with riding on road, mountain biking, gym and diet all playing critical parts.

With that kind of pedigree, one might assume the pressure on Andri to compete would be high. In his case, however, he says it’s just the opposite.

His dad never spoilt him, Frischknecht says. He paid for his first mountain bike himself with odd jobs, though Thomas likely had several carbon frames on hand which would have made outstanding “starter” bikes. Lessons were rooted in experience, and while advice was warmly given, father to son, on pre-race routines, warming up and general race-craft, Frischknecht says to learn, it was important to make his own way.

In the end, racing under pressure is simply a matter of mileage. The ritual of sport and experience that comes from racing on big stages, tough single-track and in front of fans. And while the tools required to compete differ, being precise and consistent – the basics – never will.

Read more about Scott-SRAM, the team and athlete stories
You might like the following stories
find your nearest store