Nino Schurter stays inspired by looking ahead.
by Odlo at 26.3.2021 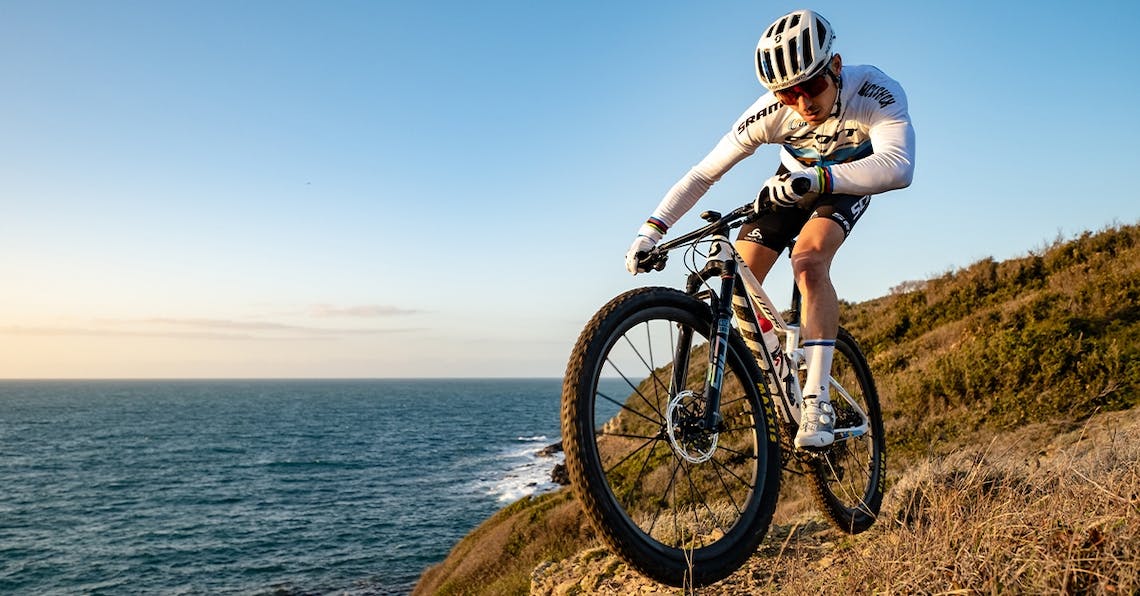 In about four weeks, Nino Schurter, 8-time world mountain bike champ, will kick-off the 2021 campaign. In the off-season, he filled his days riding, skiing, training, and has just come off a team camp in Tuscany. He feels strong, he says, and has lots to accomplish in the year ahead.

For such a prolific cyclist, Schurter is humble. He speaks coolly over the phone about past successes. One gets the sense quickly that he spends very little time looking back, motivated more by focusing on the road ahead.

“This is a dream job and a dream life,” he explains when asked about how he stays motivated. “I train and ride hard because I really love it.”

To get ready for this season, he has spent lots of time on the road and on trails alone rather than training at different national team camps. At camps, the danger, he jokes, is riding too hard too soon – a condition well known in cycling as “cooking too early,” he says, laughing.

“The key to being successful – even if it’s difficult, which bike racing is, is finding motivation from enjoyment. The past doesn’t count for much. There are still races I want to win and challenges to take on,” he adds.

While two World Cup events will help determine the Swiss cross-country team for Tokyo, Schurter has always delivered in big races. Come spring, and with such a strong palmarès, his selection is likely. Having already taken a gold in Rio, he says the weight of podiuming at the Olympics is gone. His desire to perform internationally however is as strong as it’s ever been.

“We’re now getting close to the racing season, and I can give everything to win another medal, assuming it works out. But if I don’t win, life will go on. The pressure I felt after 2012 is different. I’ve already achieved a lot.”

Read more about Scott-SRAM, the team and athlete stories.
You might like the following stories
find your nearest store