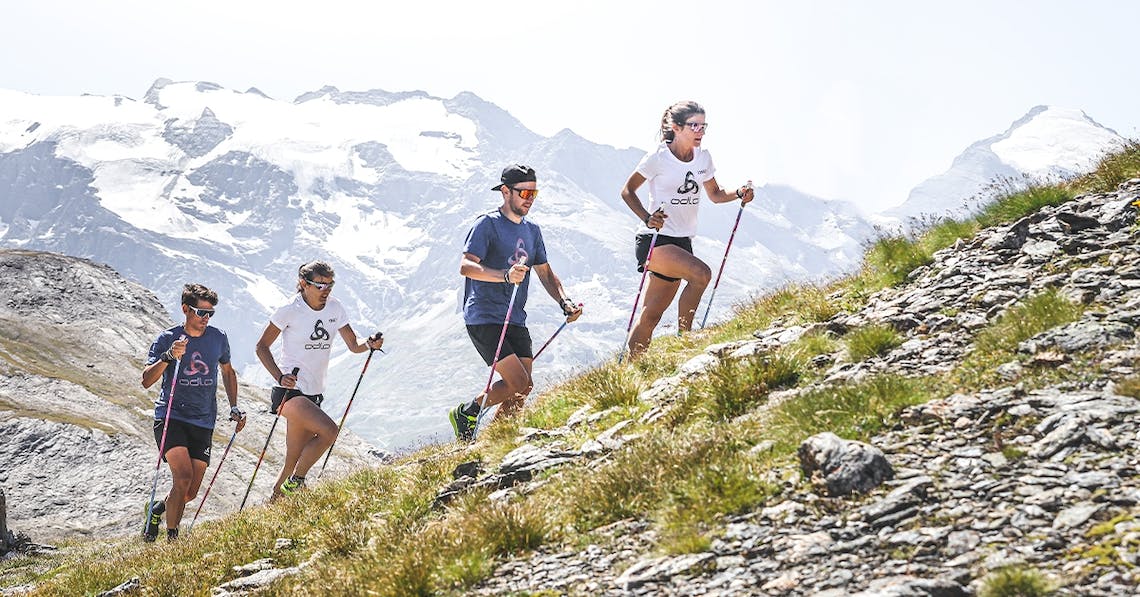 The pinnacle of the annual trail running calendar is the Ultra Trail Mont Blanc – a running event like no other.

It attracts the world’s top talent, sponsors and the awe of the global trail community. To those that participate, it is the equivalent of the Tour de France. While there are no yellow jerseys to be earned, like the legendary road race, winning it will indefinitely change a career.

For TEAM TSL – an Annecy-based trail team coached and managed by Adrien Seguret (an accomplished runner and coach) – the UTMB is one of many season targets. With most events slated for the second half of 2021, it will be a packed and competitive race calendar, made even more so by athletes emerging from Spain, Italy, Norway, the US and China.

French runners already enjoy a great degree of success at trail races, regularly finishing top three at events. But an up and coming generation – combined with the sport’s growing popularity and the pandemic – will make this season that much more unpredictable.

“Everyone on TSL has varied and serious talent, which makes their participation at different 2021 events really interesting to watch,” explains Seguret during a video chat. “There are so many variables this season though. It will be an exciting one, for sure.

Ahead of our ODLO Ultra Chill 50KM STRAVA challenge and thanks to close collaboration with TEAM TSL (who input on our FLI and AXALP collections), we caught up with Seguret to look ahead at season goals for the year head.

Quintard is a Sky Running specialist (events that combine running and moving over technical terrain at exceptionally high elevations). In 2021 she has several high-altitude events planned, with her ultimate season goal being the Sky Running World Cup.

Roubiol will target the Marathon Mont Blanc and the 100KM UTMB this year. At 22, he has already earned top spot at two races in 2020. Seguret describes him as a young talent with a big engine and lots of potential to podium.

Grenot is the current record holder for crossing the Vosges Mountains and the winner of the Swiss Peaks 170KM (2020). He currently lives and trains in Annecy, France, and will run races in Slovenia, the ODLO High Trail Vanoise and the 170KM event at the UTMB. He’ll wrap up the season in Portugal in the autumn.

Mougel is a French trail running athlete and a bright talent with a number of top-three finishes on her palmarès, including 2nd place at Sainte Lyon – a nighttime trail event – in 2018. Her 2021 targets are still TBD.

Molliet was the French Trail Running Champion in 2019 and 2020. He will once again target nationals this season as well as the ODLO High Trail Vanoise. Other possibilities include Swiss Peak 2021 but are yet undetermined due to a full plate outside of training and running.