GB | Eng
Sign In Sign In
Sign In Register
ODLO.COM cookies
In order to give you a better service, Odlo uses cookies. If you continue surfing on our site or navigating we assume that you consent to receive tracking and third-party cookies on all Odlo websites. Click here for more information
Accept
Information on the current delivery situation and delivery times in Europe
Insights

The European Team Championship are held every two years in 4 different leagues, depending on the team's strength. After a phenomenal championship run two years ago, Switzerland competed in the highest league with the best 12 European nations for the first time in history and traveled to Bydgoszcz, Poland. Due to a future change in the championship mode, the team had to finish among the Top 7 nations to remain in the Super League, the bottom 5 team will be relegated into the First League. 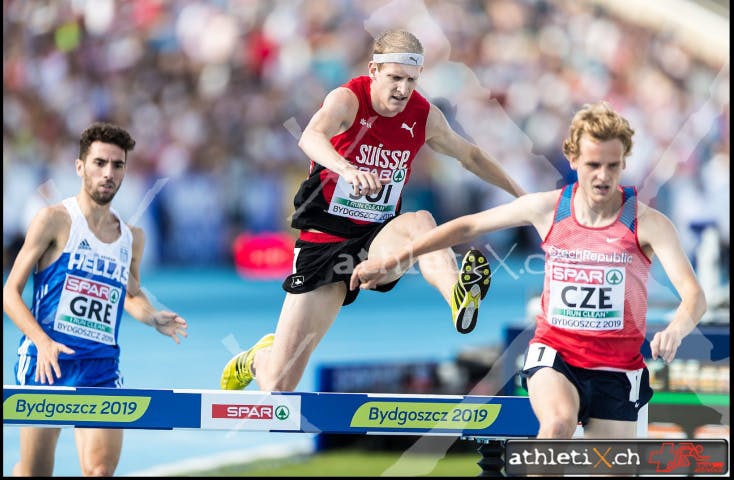 Our Junior Product Manager Christoph Graf was able to qualify for the European Team Championship thanks to excellent competition results. Throughout the championships the Swiss team felt the class of the competition of multiple world and Olympic champions. Chris ran the 3000m Steeplechase final on Sunday afternoon in a field with the last two European champions and the current European leader. With team Poland in the lead and in high hopes of winning the championships at home, the atmosphere in the stadium was electric during the 7 lap steeplechase race. In a roughly contested race, Chris finished in 11th, narrowly missing out on the goal of a Top 10 spot. This resulted in 2 much needed points for Switzerland, as the team was still fighting relegation. However, at the end of the 4 days, the almost inevitable relegation was reality as the Swiss finished in 12th. Nevertheless, the championships were a lot of fun for the whole Swiss team and all hope to repeat the success from two years ago again in 2021 and eventually return to the Super League once more.

Odlo is proud of such dedicated employees, who are capable of such top performances on a sporting level in addition to a demanding workload. We congratulate Chris on his performance in Poland and wish him all the best for the future.