Andri Frischknecht (born 7 July 1994) is the youngest male member of the SCOTT-SRAM Team. He is the son of Thomas Frischknecht, and the grandson of Peter Frischknecht, who were also professional cyclists. 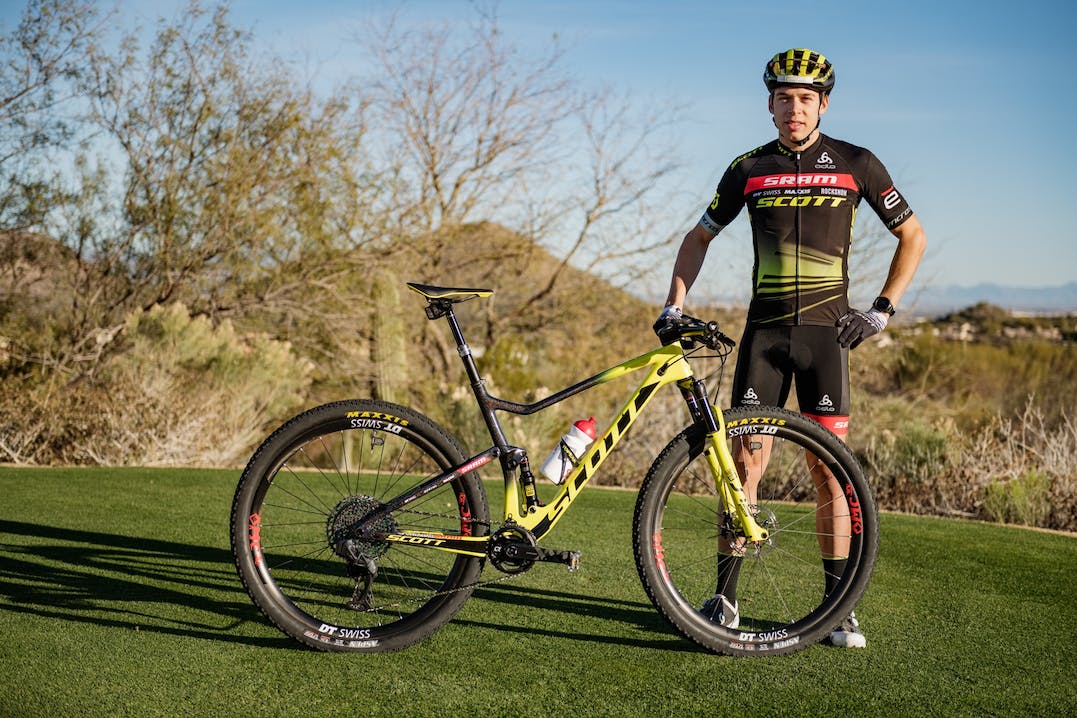 The talented 25-year-old Andri Frischknecht completes the men’s side of the team. He began to show his potential already in a young age and improved his skills and power every year. After promising results as a junior, he began to fight his way up to the top of the men’s MTB world cup.  In 2019 he was able to close the gap to the elite field of the MTB pros. Three times he reached the Top 10 in the World Cup, at World Championships he placed 15th and at Swiss Nationals 2018 he earned a bronze medal. Also, he won the Perskindol Swiss Epic and two stages at the Absa Cape Epic in South Africa.

Keep an eye on this young gun! There is more to come…