GB | Eng
Sign In Sign In
Sign In Register
ODLO.COM cookies
In order to give you a better service, Odlo uses cookies. If you continue surfing on our site or navigating we assume that you consent to receive tracking and third-party cookies on all Odlo websites. Click here for more information
Accept
Information on the current delivery situation and delivery times in Europe

Kate Courtney is a professional MTB racer for the Scott-SRAM MTB Racing Team. Get to know the current XC World Champion and learn where her passion for food comes from. 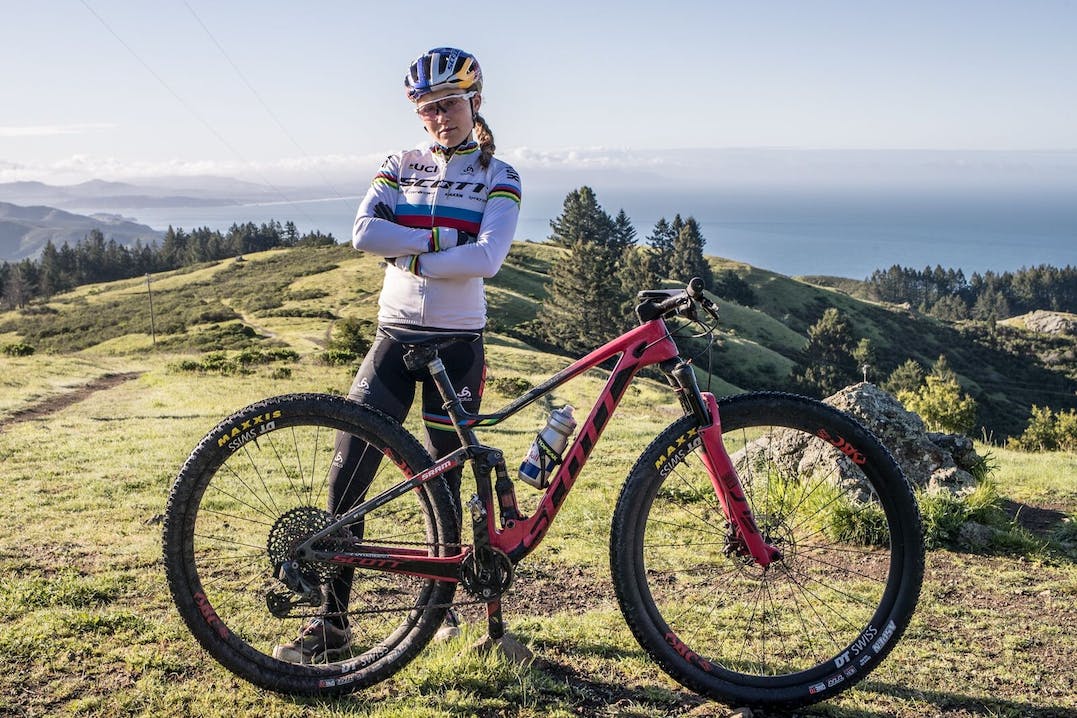 "Work hard, do what you love and believe anything is possible." - Kate Courtney

23-year-old Kate Courtney was born and lives at the birthplace of mountain biking in the San Francisco Bay area, where she also graduated from Standford University before she set her full focus on the sport. Kate was introduced to cycling at a young age - riding on the back of a tandem mountain bike with her dad to get pancakes on Sunday mornings.  The 12-time National Champion has quite a palmares in her books. In 2017 she won the U23 overall World Cup and a silver medal at the U23 World Championships.

Kate is known as a person who knows exactly what she wants and is ready to give 110% to reach her goals. The World Champion title came unexpectedly early even for her, but she did believe in herself at all times and worked hard towards the rainbow stripes. Her future will bring a lot of changes to her. New team, new bike and high expectations that come with her status. Being part of the Scott-SRAM MTB Racing Team is an incredible opportunity for her to work with the legendary Thomas Frischknecht and ride alongside talented teammates, notably current Men’s World Champion Nino Schurter. The SCOTT-SRAM team believed in her talent already prior to the World Championships and is optimistic this was just the first spark of a firework to come.

In 2019, Kate had the opportunity to join the Scott-SRAM team and continue to chase big goals with incredible support. Moving forward, Kate will be targeting the World Cup series with an eye towards the 2020 Olympics in Tokyo.

This Weekend in Albstadt earning her first ever World Cup win. The first win by an US athlete since 20 years, it’s one for the history books!