N1NO SCHURTER- Champion of the World

He did it again- 5 times in a row now, 8 times in total. N1NO Schurter is the old and new World Champion. Incredible! 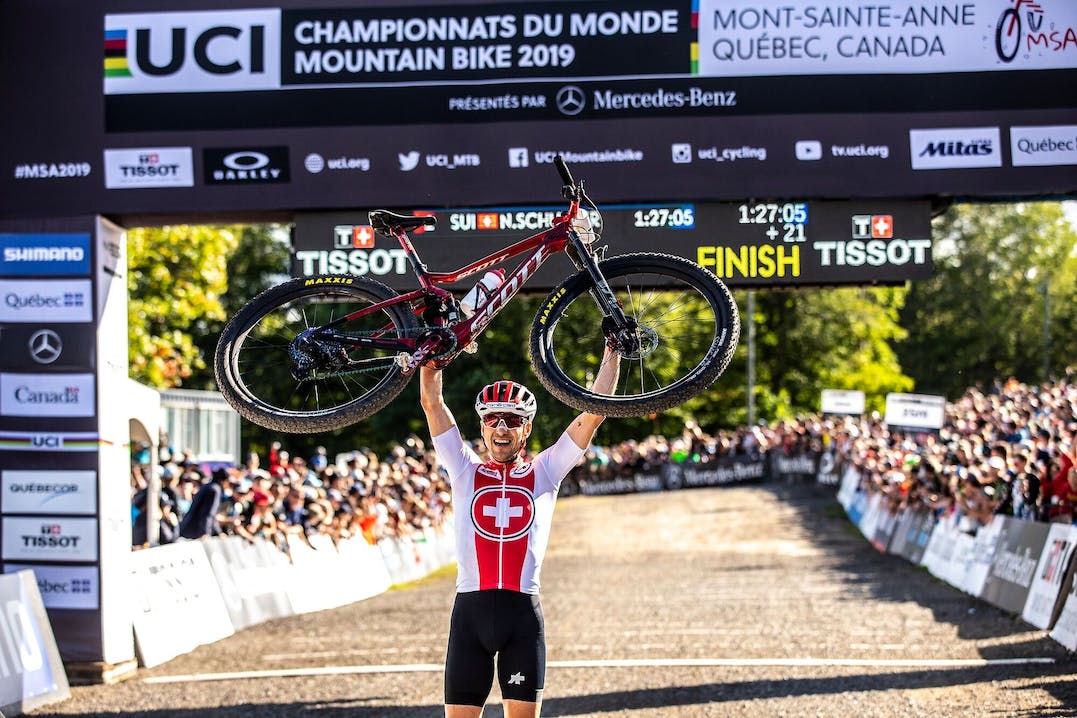 Mont Sainte-Anne, Canada. In one of the most challenging World Championships in history, N1NO Schurter again proofed that he is the Nr.1 athlete in XCO racing. The Champion of the World!

Defending World Champion Kate Courtney showed a race with a lot of heart but with a solid 5th place the 24 year old American missed the podium.

Andri Frischknecht cracked the Top 10 with his best race of the season while Lars Forster unfortunately had some mechanical issues finishing 40th.

N1NO made a very confident impression all week long. He did again look confident during the race and after he had his 8th World Champion title under the belt, the pressure was off to comment:

"One thinks you can get used to winning a big one like Worlds. But I have to say this one felt just as good as all the seven before. If everything comes together at race day- just like today- it's just an incredible feeling crossing the line and enjoying all the emotions that come with it. I'm very thankful I had such a great day again today and I am even more thankful that I can wear the rainbow stripes for another season." 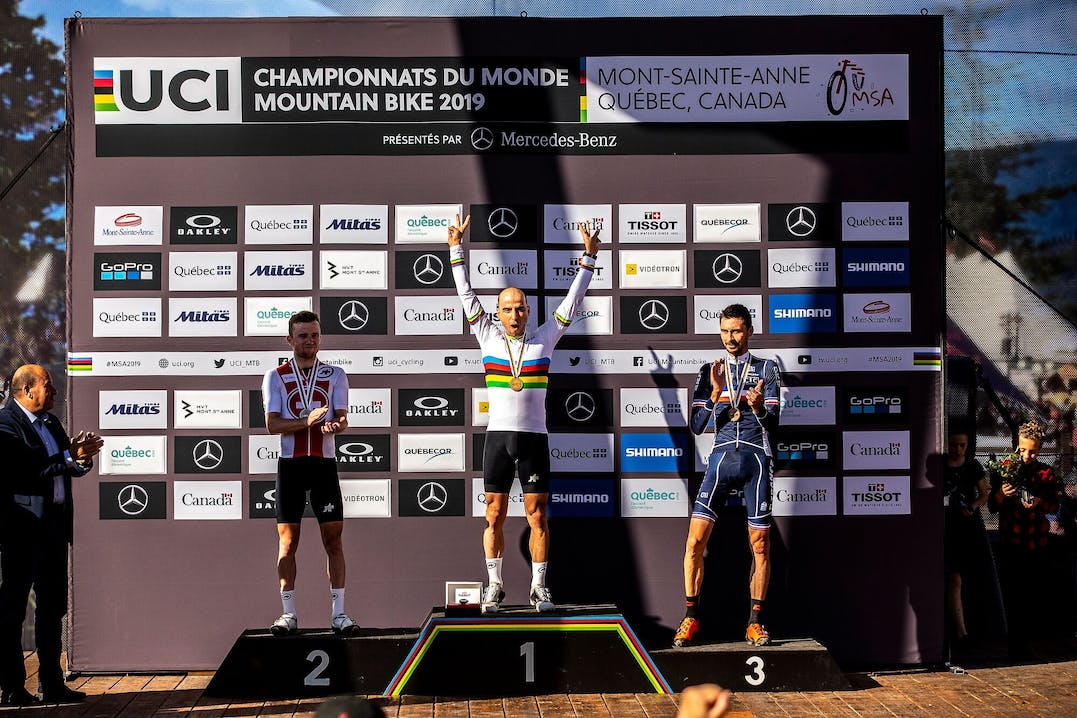 N1NO once again succeeded thanks to a perfect master plan. Loop after loop, he put his main contenders in the hurt box. With many small attacks in the steep climbs, followed by powerful descends, N1NO forced his rivals to reach their limits. This strategy perfectly led to success. It was Matthias Flückiger, like N1NO one of the hottest candidates for the Gold Medal, who turned out to be the strongest contender- until a mechanical forced him to stop in the pits. A result of the fast pace that N1NO put up. Only french man Stephane Tempier was left- but N1NO also knew how to set him under pressure. N1NO got away and secured his 8th title. He'll be riding in the rainbow jersey in 2020 the 5th year in a row.

Defending World Champion, Kate Courtney, rode to a solid 5th place and qualified for Tokyo with this result. "My race this year was a tough fight but a performance I can be proud of. I felt strong from the start and settled into a good rhythm but couldn’t hold the pace of a charging front group. A mid race crash came as a small set back, but motivated me to find my rhythm and fight hard to get back into the Top 5." 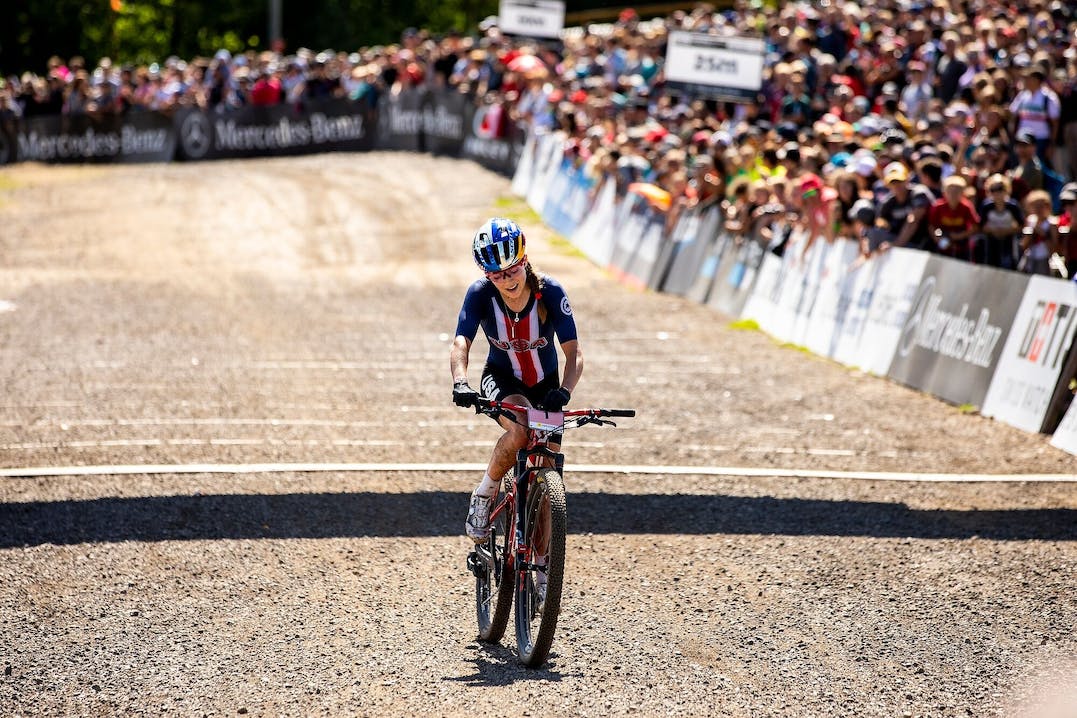 Frischi jun. once more proofed progress in his career with a step in the right direction. In his second Elite World Championship he shoed a guzzy race. After a good start he was pacing himself from riding around 14th place. The last two laps, when the Top 10 were in sight, he accelerated once more. In the final descent he overpassed Henrique Avancini to finish in 9th place.

Bad luck for Lars Forster- After a strong start moving up 20 places all the way into  Top 15, he faced some mechanical issues which made him stop in the pit zone for quite some time. After that the dream of the Top 10 was gone. Even his legs felt excellent he was in a hopeless situation. He finished 40th.