CHAMPIONS OF THE WORLD CUP 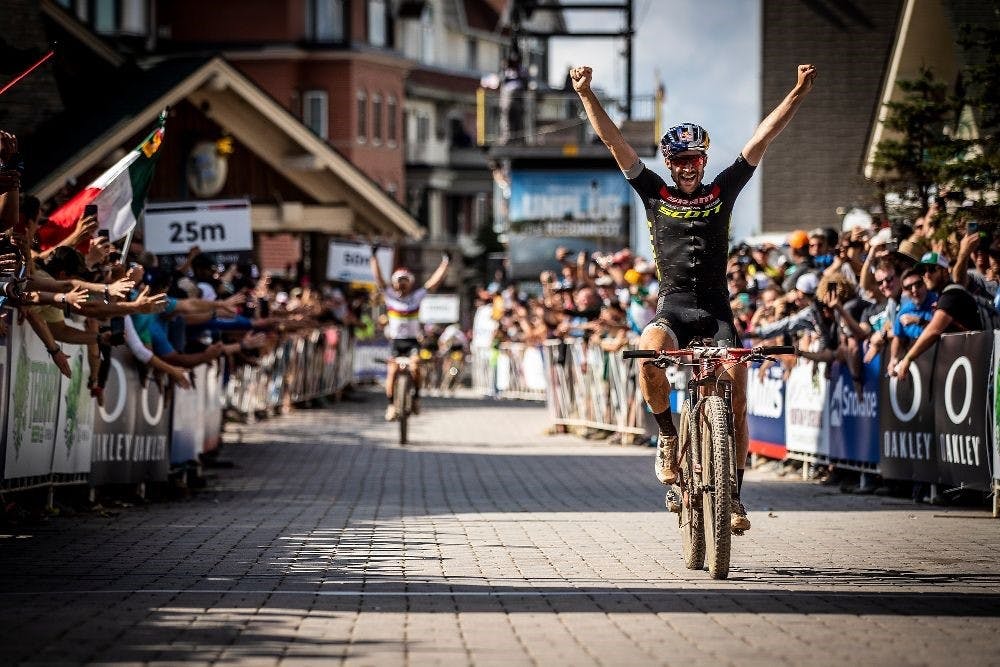 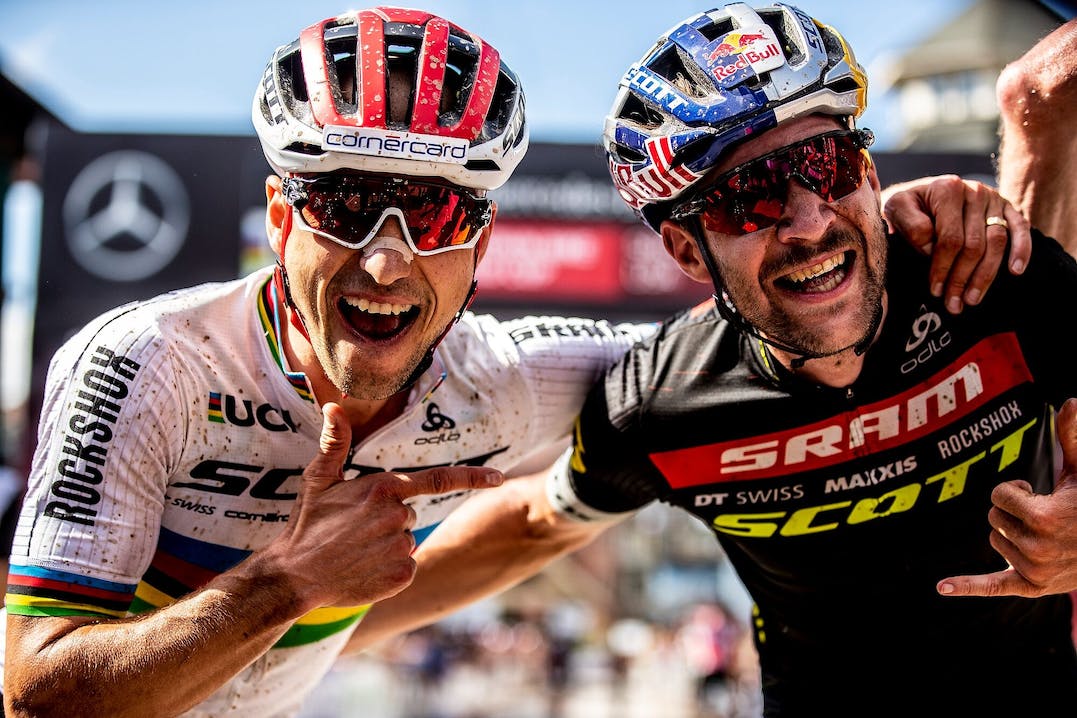 After winning his 8th World Champion Title the week prior in Mont Sainte Anne, Canada, N1NO went into the last World Cup with full confidence. Snowshoe Mountain in West Virginia hosted the World Cup finals and proved to be a remote, but superb location for our athletes. A super fast track was waiting for Kate Courtney, N1NO, Lars Forster, and Andri Frischknecht in both the XCC short track and elite races. N1NO had the Overall almost in the pocket already before the weekend. In the absence of Mathieu van der Poel (he did not travel to North America), N1NO won his first ever XCC short track in style, securing with these points the World Cup overall.

Kate however, went into the weekend knowing she had to make up ground  to overtake World Cup leader Jolanda Neff in the Overalls, with only 32pts between them. Kate finished the XCC in a strong third, while Jolanda overpaced and fell back. With a great XCC race, Kate led the path for her powerful performance at Sunday's main event. She then only needed 20 pts to catch Jolanda but had to push beyond her limit to succeed.  A task that was eased  by the roaring home crowd. And the 23 year old delivered. 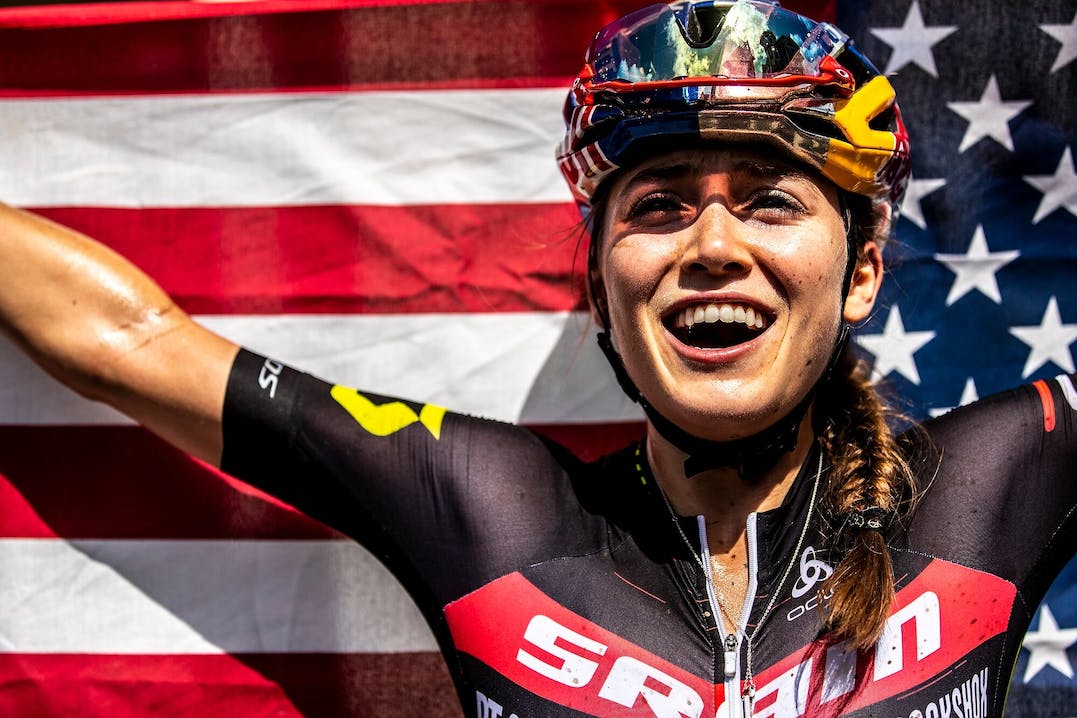 With a brave lead during the first laps, Kate Courtney set a high pace from the start. All eyes were on the battle of her and Neff. With thousands of supporters cheering for Kate, the young Californian probably got that extra mental boost which was needed for such a remarkable day. Despite Kate slightly falling back in the middle of the race, she came back in style and finished in 5th. Jolanda Neff finished in 11th, which meant the Overall World Cup victory belonged to Kate Courtney, the winner of three XCO World Cups in 2019! 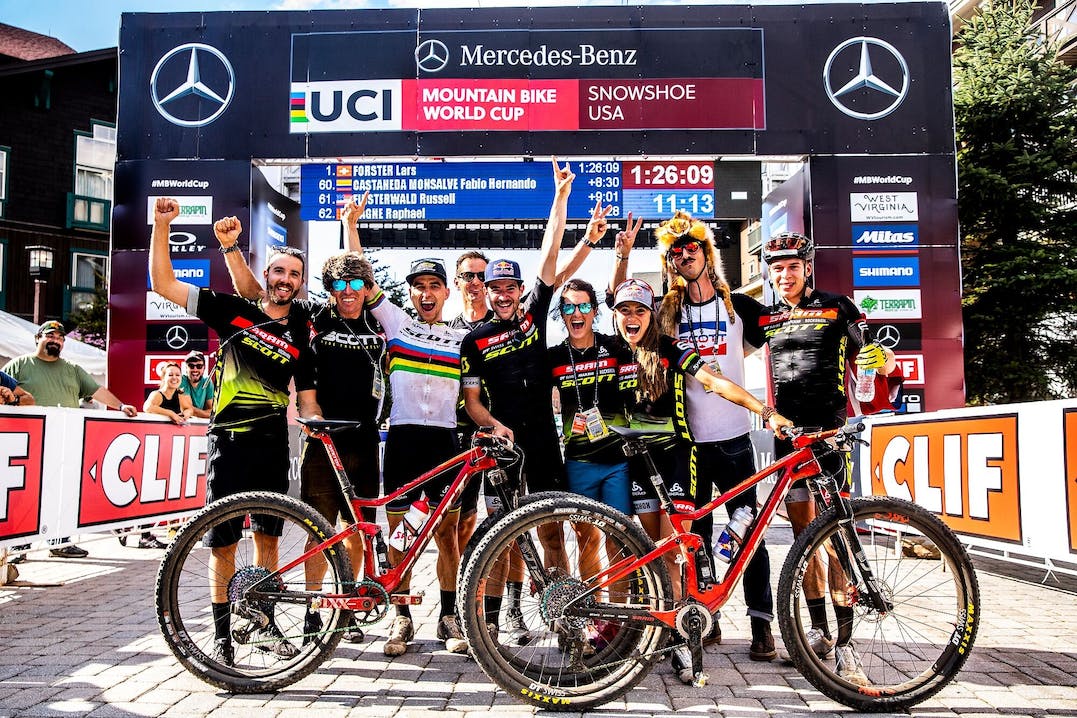 The mens' race unfolded as a super-fast one, with N1NO Schurter and Lars Forster in the front bunch from the beginning. At the end of lap 4, Brazilian, Henrique Avancini set an attack which only N1NO could follow. For almost two laps, the two rivals rode ahead of the bunch until N1NO faced a mechanical loosing air in his rear wheel. The pit stop cost him a precious 25 seconds. N1NO however fought his way back inside the chasing group. Together with teammate Lars Forster, the two were on the hunt for Avancini. Thanks to an incredible team effort, N1NO and Lars caught the leader already 1.5 laps after the puncture.

In best team work style, the two worked their way to the finish line and managed to distance the chasing group around Avancini, Mnauel Fumic, Stephane Tempier and Maxime Marotte. It was Lars Forster who turned out to be the one with the most power left for a final move. N1NO's Cape Epic winner companion accelerated in the last steep climb and passed N1NO to take home his first ever World Cup win of his career. A win, truly deserved after going down hard at the World Cup in Albstadt and suffering more lows in the past months. 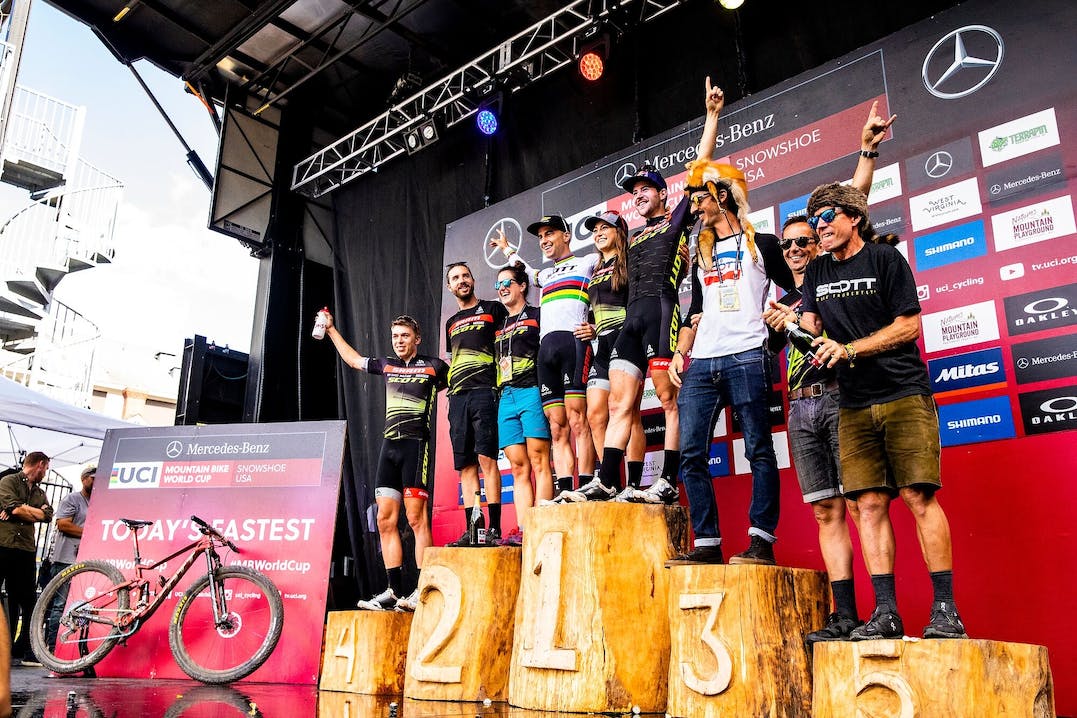 We as ODLO congratulate to this huge success! We are proud to be a partner of this amazing team!